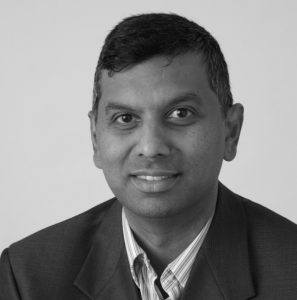 Harish Viswanathan is Head of Radio Systems Research Group in Nokia Bell Labs. He received the B. Tech. degree from the Department of Electrical Engineering, Indian Institute of Technology, Chennai, India and the M.S. and Ph.D. degrees from the School of Electrical Engineering, Cornell University, Ithaca, NY. Since joining Bell Labs in October 1997, he has worked extensively on wireless research ranging from physical layer to network architecture and protocols including multiple antenna technology for cellular wireless networks, multi-hop relays, network optimization, network architecture, and IoT communications. From 2007 to 2015, Harish was in the Corp CTO organization, where as a CTO Partner he advised the Corporate CTO on Technology Strategy through in-depth analysis of emerging technology and market needs. He is a Fellow of the IEEE and a Bell Labs Fellow.